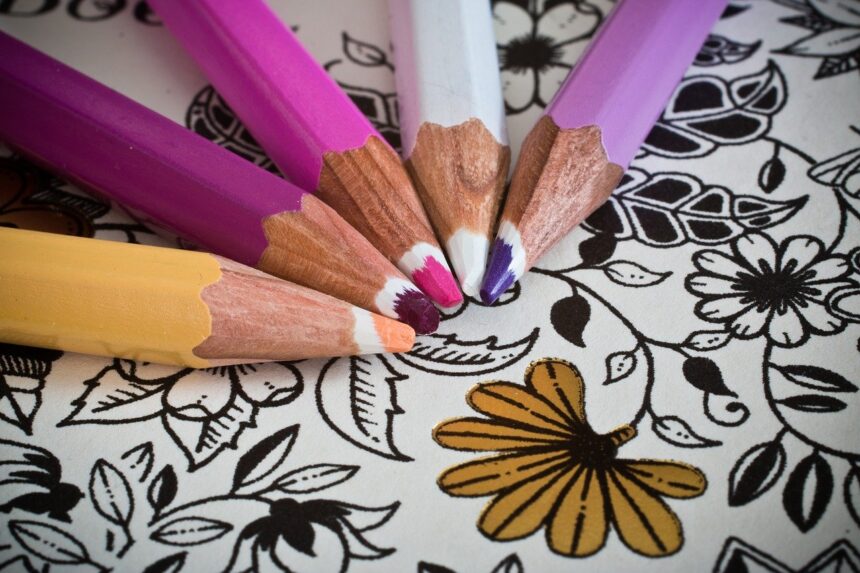 Coloring in modern society is one of the essential attributes of childhood. Many parents do not see the upbringing of their children without coloring flowers, cars, animals and so on, they develop motor skills, logical thinking and help the baby understand the world. However, none of the adults thought about where the coloring came from.

The roots of coloring come from the concept of “democratization of the arts.” This idea originates from a series of lectures by the British artist Joshua Reynolds and the scientific works of the Swiss teacher Pestalozzi and his student Froebel. For the first time, coloring books for children appeared in 1879 in the USA under the name “The Little Folks’ Painting Book” by McLoughlin Brothers.

Due to the fact that several well-preserved specimens have survived to our time, you can find out what the first coloring in history was like. This coloring was a big red book, which contained not only the coloring itself, but also nursery rhymes and small instructive stories. All this made a splash in the field of parenting.

The beginning of the 1960s is considered the heyday of colorings. They more and more new characters for every taste and color appeared. In the late 1970s, several major publications almost simultaneously created “educational coloring books” for studying higher education subjects, for example, anatomy and physiology, where the coloring of the internal structure of a person and his organs is studied. For example, there was a coloring called “Anatomical Coloring Book” and subsequent book series.

Now the most popular coloring pages are for children with illustrations from their favorite cartoons, for example, Paw patrol, and for adults antistress coloring pages with small details have been created.

Image by A_Different_Perspective from Pixabay


A good way to buy bitcoins